Flash Player or HTML5 Video – Which One Is Best?

People that use Mac OS X and Linux often complain about the relatively high CPU usage of Flash when used to play back videos, but this is mostly because the Flash plugin is not able to render video. Recent upgrades have been made so they will offload H.264 video decoding to dedicated hardware, and a new API has also been introduced that is called Stage Video. In 2010, an HTML vs. Flash comparison listed non-Flash technologies as slower than Flash for non-video animations, but as of January 2012, this has not always necessarily been the case. 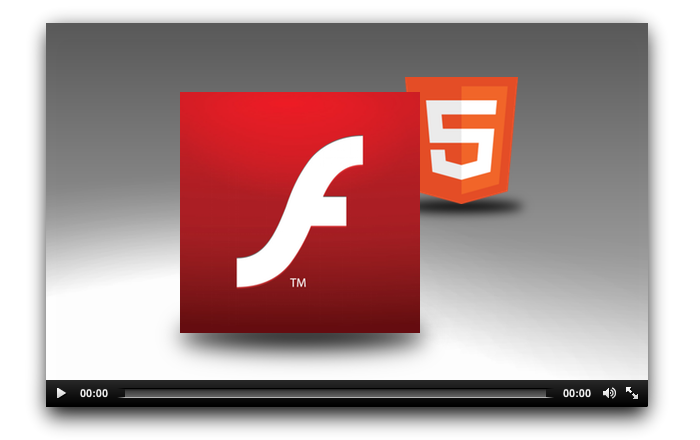 Flash is able to specify measurements as small as sub-pixels. This means that there can be a crisper viewing experience on Flash-using sites. Web browsers will either round up or down with CSS or HTML measurements that are on a sub-pixel scale when using HTML5. The rounding up or down leads to inconsistency in the display.

Why HTML Is Becoming More Popular Than Flash Player

When viewing videos on websites with Flash, it is required that the user’s computer has the plugin or application on it to be able to view these videos. When it comes to HTML5, there is no need to have anything extra installed on the computer, and in fact, HTML5 is working toward Rich Internet Applications, which is also known as RIAs. Another reason that HTML5 is beating out Flash Player is because it can run on iPhones, iPads and pretty much any other device that you can think of while Flash Player is not even supported on many of these devices.

Since Flash does run so slowly on Linux and Mac OS X, most of those users are lean toward HTML5, but there are others on different systems that are also coming over to the side of HTML5. As mentioned earlier, Adobe Flash is not even supported on iOS, so it is not even an option for these devices. If users want to play a SWF file, it is necessary to install Adobe Flash, so make sure the operating system is compatible with Flash; this is a must when people want to view SWF files.

When HTML5 and Flash were put to the test on Linux and Mac OS X, HTML5 ran 58 percent faster than any Flash apps. Flash is also not the best for mobile devices and laptops, but HTML5 steps in to steal the show. Adobe Flash takes more power and is not compatible with a touch screen. This is why devices often heat up when viewing Flash. If an operating system is not compatible with Flash, this can cause problems and many users have no idea what is happening unless they have a technical background.

Obviously, unless something major happens with Flash Player, HTML5 is going to begin slowly replacing Flash. Users that desire to have great video viewing experiences will be going more and more toward HTML5 vs. Flash Player. This will actually make it easier on most people that desire viewing video as there will no longer be a need to download an application to view those videos.